A forum for all things Cardiff City
Post a reply
worcester_ccfc

I can't get to the Madejski Stadium, is the match on TV?

Yes, the match is live on Sky Sports.

Reading Football Club is a professional association football club based in Reading, Berkshire, England. The team play in the Championship, the second tier of English football.

Reading are nicknamed The Royals, due to Reading's location in the Royal County of Berkshire, though they were previously known as The Biscuitmen, due to the town's association with Huntley and Palmers. Established in 1871, the club is one of the oldest teams in England, but did not join The Football League until 1920, and had never played in the top tier of English football league system before the 2006–07 season. The club competed in the 2012–13 Premier League season, having gained promotion at the end of the 2011–12 season after winning the Championship, but were relegated after just one season back in the top flight.

The club played at Elm Park for 102 years between 1896 and 1998. In 1998 the club moved to the new Madejski Stadium, which is named after the club's co-chairman Sir John Madejski.

The club holds the record for the number of successive league wins at the start of a season, with a total of 13 wins at the start of the 1985–86 Third Division campaign and also the record for the number of points gained in the professional league season with 106 points in the 2005–06 Football League Championship campaign. Reading then finished eighth in the 2006–07 Premier League, their first ever season as a top flight club.

We last played Reading in May 2018 at the Cardiff City Stadium. It finished 0-0 on the day we were promoted to the Premier League.

They have lost both their league games so far.
Forever Blue

Reading is just one of those grounds where dont seem to really do very well . Our results there are shocking

Add to that the fact they have not got a point yet and it's on sky with a early kick off it has a bore draw all over it .

any idea whether they will still be on sale tomorrow or are due to sell out today? couldnt make wigan due to work an would be disappointed to miss this one as well
Forever Blue

BarmyArmy1927 wrote:any idea whether they will still be on sale tomorrow or are due to sell out today? couldnt make wigan due to work an would be disappointed to miss this one as well

Reading have got off to an awful start and are my tip to go down this season. We don't seem to do well against them away but im going for - Reading 0-2 Cardiff City
Pembroke bluebird

Anyone have any tips for driving? Any good places to park close to the ground etc?

BlueDredd wrote:Anyone have any tips for driving? Any good places to park close to the ground etc?

Parking is usually easy with several car parks around the ground all well sign posted so long as you are happy to pay. The grounds is really easy to find off Junction 11 of the M4
snoopystorm

Quick heads up to all travelling tomorrow 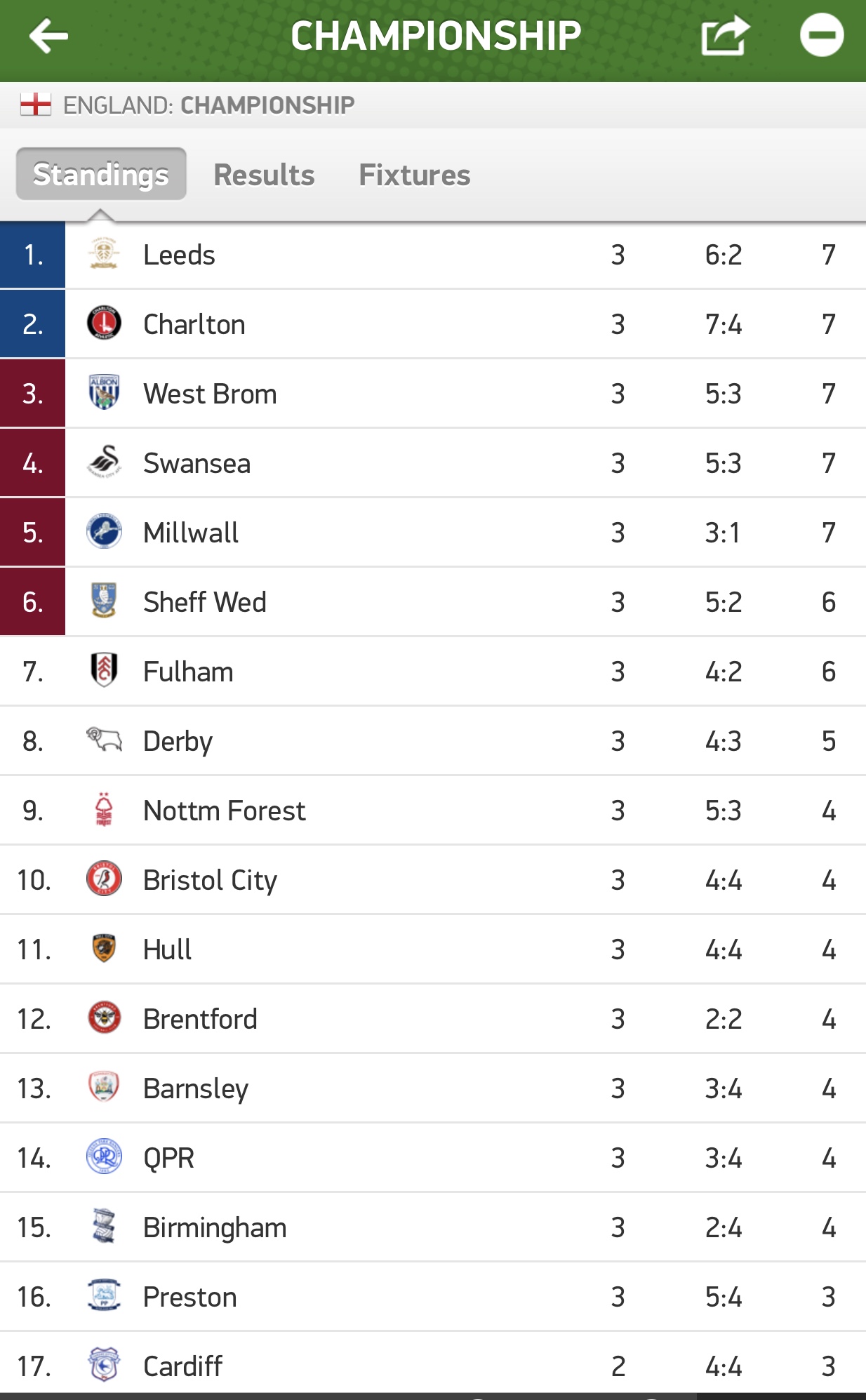 Joe Ralls is recovering from a mystery illness he was struck down with following Cardiff's win over Luton last weekend. He spent last Saturday evening in hospital having fallen unwell after the game against the Hatters, so it is touch and go as to whether he has recovered in time.


Lee Tomlin was back training with the club this week after his nasty bout of gastroenteritis, while Nathaniel Mendez-Laing has undergone only light training following his hamstring injury. Sunday's game might come too soon for both.

What are the odds?

The latest odds, at the time of writing, from SkyBet are:

"They've splashed the boat out and it'll be a lot more difficult now. Even their manager said that he was surprised they spent £20million last week. (George) Pușcaș was one of the lads we were looking at and I think they paid around £8m for him.

"It's always tough at Reading and I always get a bit of stick, but it's a nice stadium."
Blueace

Fancy us today. I think that last minute winner last week has kick started our season. A good, solid away day today. Going for a two nil win.

3 changes. Including Both wingers 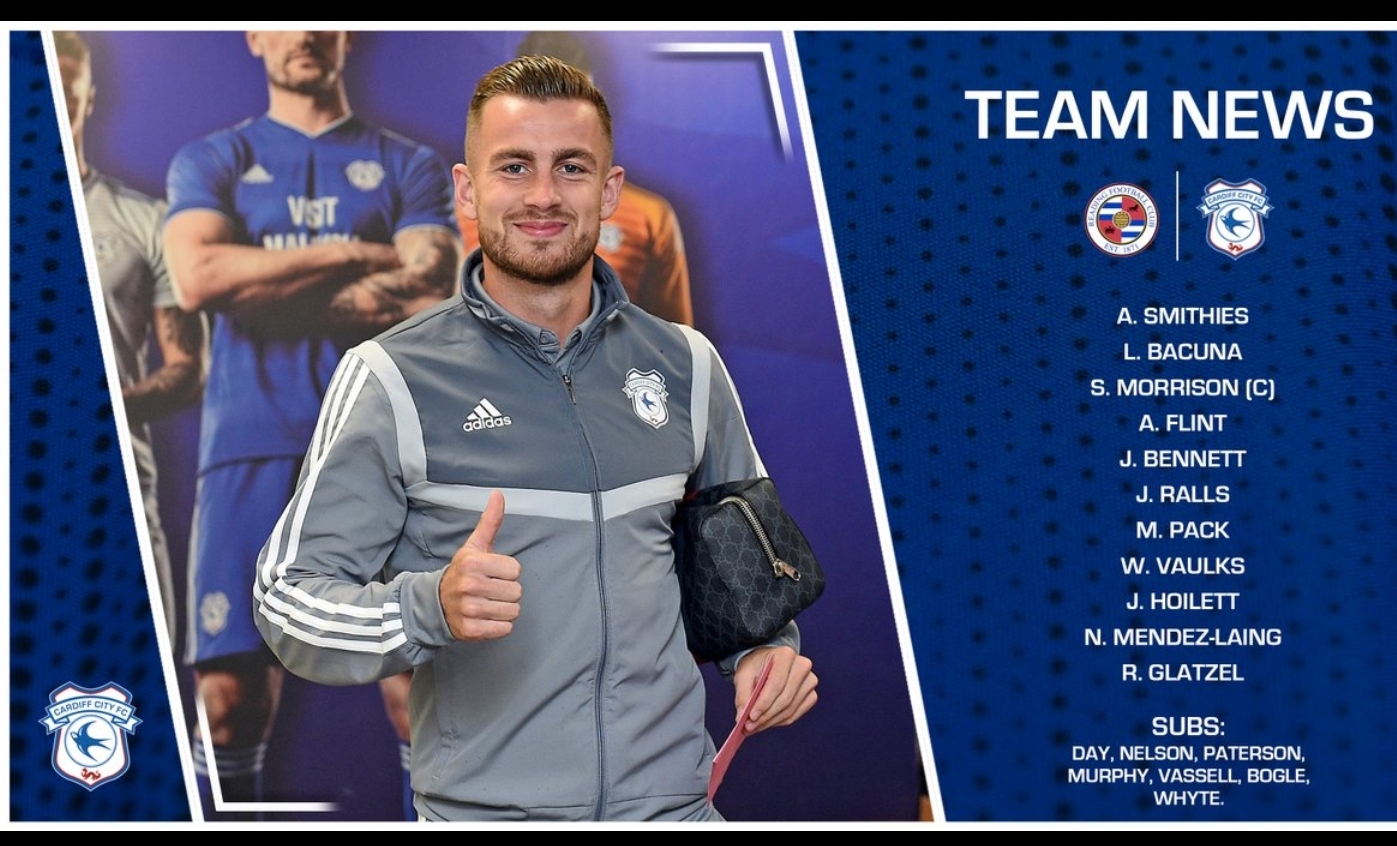 I’m sure some of the changes are due to a midweek game next week.
Just shows how much that a quality squad is needed.
big-jambo

Neil Etheridge talked well on Sky Sports before the game. Gave an insight into what Neil Warnock 'expects' from his players and how he supports his starting X1, whilst challenging the rest to 'step up to the mark' or fall away

No surprise there, then!

The game starts after an immaculately observed minute's silence for local PC Andrew Harper, who was killed in the line of duty on Thursday

We just saw the weakness in the squad, we lose one of our midfielders and we have to replace him with a centre back because we have no cover at right back.
Post a reply
Switch to full style